Choosing the right printer setup is an important part of your photo booth operation. The two ways that companies layout their printer is by either including it in the photo booth kiosk or leaving it outside the photo booth on a table or stand. We personally advocate for the external photo booth printer setup because this allows for an easier flow of guest traffic at the event. After finishing their photo booth picture session, leaving a printer inside the enclosure would cause them to stay inside for an extra 15-20 seconds waiting for them to print. In addition, they may hang around inside the photo booth admiring and enjoying their photos, thus taking extra time. This may cause the line outside of your photo booth to grow longer and force people to leave and come back later. For the purposes of marketing and acquiring more events through referrals, we think it is most ideal to take as many photos as possible at the event! The more people who interact with your photo booth, the more will know about your company.
The other major advantage of leaving the printer outside of the photo booth is to drive more traffic to the scrapbook. Brides LOVE the scrapbook / memory book that is produced, and the more pictures and notes from their guests the better. Some guests may not know about the scrapbook at all, and forcing them to walk over to the printer to grab their photos would help them acknowledge the scrapbook and fill it with their photos. Create a nice setup on the table with the printer, scrapbook, gel pens, glue sticks, and stickers so your guests can grab the photos and put them in the scrapbook right away. It’s also a good opportunity to put additional props on that table for people to easily access! 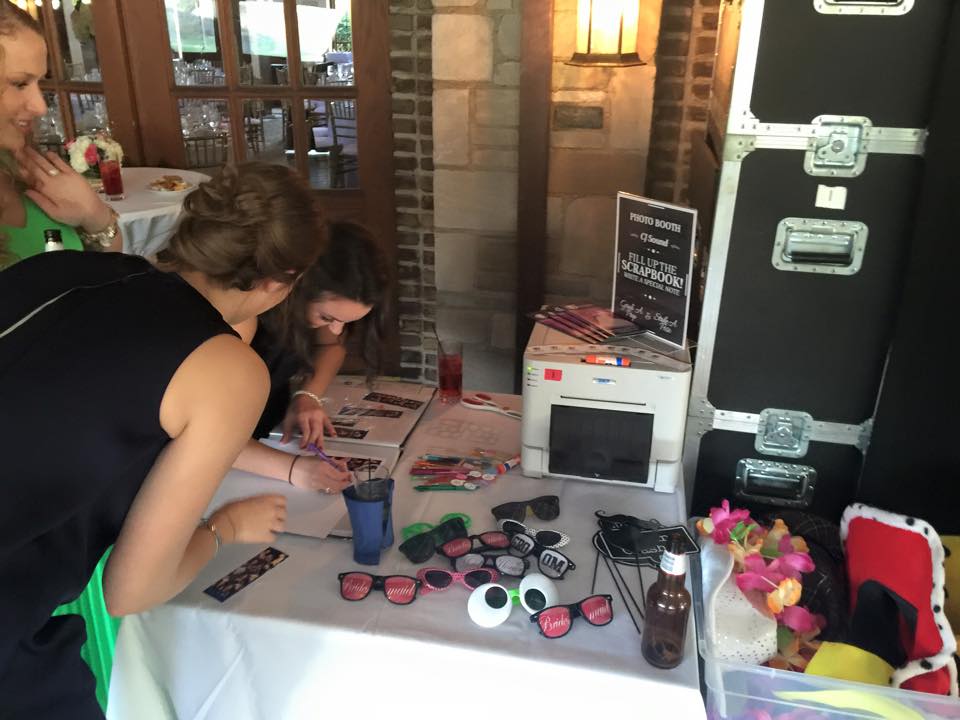